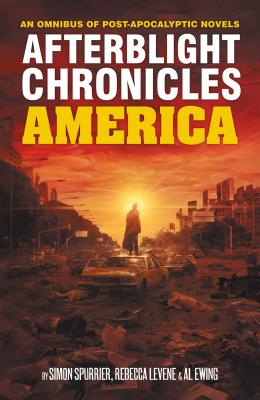 Simon Spurrier is an award-winning writer of novels and graphic novel fiction. He's worked extensively for the UK's talent factory title 2000 AD and Marvel Comics, has published novels with the Black Library and Black Flame, and has won a series of accolades and prizes for screenwriting. Rebecca Levene has been a writer an editor for almost two decades. In that time she has storylined Emmerdale, written a children's book about Captain Cook, several science-fiction and horror novels. She has also witten and edited scripts for UK national TV. Al Ewing is a talented new writer whose work for British comic 2000 AD has seen him hailed as a major voice in the field. His work for Abaddon Books has been equally lauded and his unique visions of pulp fantasy have found their home in four different novels, I Zombie (Collected in Best of Tomes of the Dead Vol. 1), & Pax Britannia Gods of Manhattan and Death Got No Mercy.
or
Not Currently Available for Direct Purchase
Copyright © 2020 American Booksellers Association