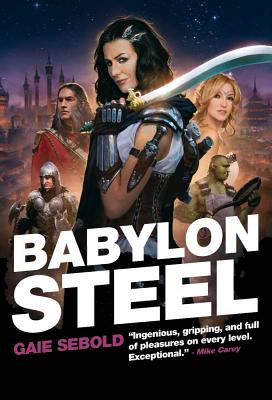 Babylon Steel, ex-sword-for-hire, ex...other things, runs The Red Lantern, the best brothel in the city. She’s got elves using sex magic upstairs, S&M in the basement and a large green troll cooking breakfast in the kitchen, and she’d love you to visit, except... She’s not having a good week.

The Vessels of Purity are protesting against brothels, girls are disappearing, and if she can’t pay her taxes, Babylon’s going to lose the Lantern. She’d given up the mercenary life, but when the mysterious Darask Fain pays her to find a missing heiress, she has to take the job. And then her past starts to catch up with her in other, more dangerous ways.