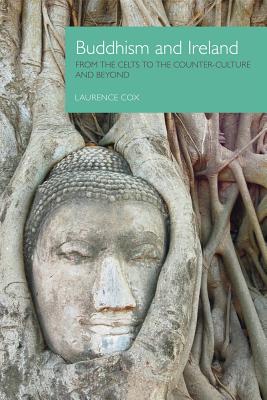 From the Celts to the Counter-Culture and Beyond

Ireland and Buddhism have a long history. Shaped by colonialism, contested borders, religious wars, empire and massive diasporas, Irish people have encountered Asian Buddhism in many ways over 14 centuries. From the thrill of travellers' tales in far-off lands to a religious alternative to Christianity, from the potential of anti-colonial solidarity to fears of "going native", and from recent immigration to the secular spread of Buddhist meditation, Buddhism has meant many different things to people in Ireland. Knowledge of Buddhist Asia reached Ireland by the 7th century, with the first personal contact in the 14th - a tale remembered for 500 years. The first Irish Buddhists appeared in the political and cultural crisis of the 19th century, in Dublin and the rural West, but also in Burma and Japan. Over the next hundred years, Buddhism competed with esoteric movements to become the alternative to mainstream religion. Since the 1960s, Buddhism has exploded to become Ireland's third-largest religion. Buddhism and Ireland is the first history of its subject, a rich and exciting story of extraordinary individuals and the journey of ideas across Europe and Asia.

Laurence Cox is Director of the MA in Community Education, Equality and Social Activism at the National University of Ireland, Maynooth. He is co-editor of Ireland's New Religious Movements, Understanding European Movements and Marxism and Social Movements, and a practising Buddhist.
or
Not Currently Available for Direct Purchase
Copyright © 2020 American Booksellers Association