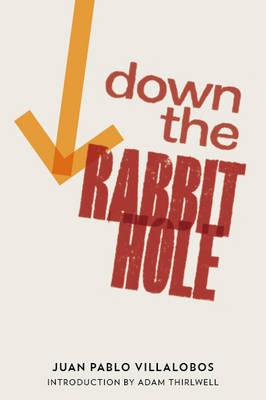 Down the Rabbit Hole (Paperback)

"A brief and majestic debut." --Matias Nespolo, "El Mundo
"
Tochtli lives in a palace. He loves hats, samurai, guillotines, and dictionaries, and what he wants more than anything right now is a new pet for his private zoo: a pygmy hippopotamus from Liberia. But Tochtli is a child whose father is a drug baron on the verge of taking over a powerful cartel, and Tochtli is growing up in a luxury hideout that he shares with hit men, prostitutes, dealers, servants, and the odd corrupt politician or two. Long-listed for "The Guardian "First Book Award, "Down the Rabbit Hole," a masterful and darkly comic first novel, is the chronicle of a delirious journey to grant a child's wish.

Juan Pablo Villalobos was born in Guadalajara, Mexico, in 1973. He studied marketing and Spanish literature. He has researched such diverse topics as the influence of the avant-garde on the work of Cesar Aira and the flexibility of pipelines for electrical installations. He lives in Barcelona, Spain.
or
Not Currently Available for Direct Purchase
Copyright © 2020 American Booksellers Association