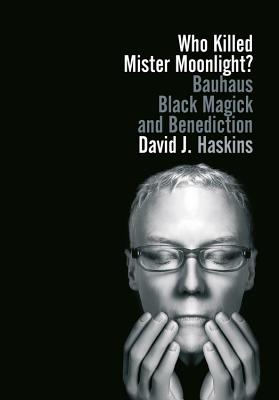 "Heroic and absurd, scurrilous and profound, Who Killed Mister Moonlight? charts the descent of four intelligent young men with faces like ruby-eyed dime-store skull rings into a glittering and very modern maelstrom. Fast, compelling, and disarmingly honest, this is an invaluable account of a strange and spectral cultural twilight era that we shall almost certainly never see again. Highly recommended." - Alan Moore, author of V For Vendetta and Watchmen.

Beginning with the creation of Bauhaus's seminal debut hit 'Bela Lugosi's Dead', David J. Haskins offers a no-holds-barred account of his band's rapid rise to fame and glory in the late 70s, their sudden dissolution in the 80s, and their subsequent--and often strained--reunions. In between, he explores his work as a solo performer, and with acclaimed trio Love And Rockets--culminating in the devastating fire that ripped through the sessions for their 1996 album Sweet F.A. He also delves deep into his exploration of the occult, drawing together a diverse cast of supporting characters, including William S. Burroughs, Alan Moore, Genesis P. Orridge, and Rick Rubin. Bristling with power and passion, music and magic, Who Killed Mister Moonlight? is a rock 'n' roll memoir like no other.

David J. Haskins (aka David J.) was born in Northampton, England, in 1957, and was a founder member of Bauhaus, the highly influential band that spearheaded the post-punk alternative-music scene of the early '80s with a string of innovative albums and a powerfully dramatic live presentation. Following the band's split in 1983, he embarked on a long and varied solo career that has produced a series of critically acclaimed albums and various avant-garde collaborations. He has also written and directed a number of stage productions, including the spectacular multimedia event Silver For Gold (The Odyssey Of Edie Sedgewick), and The Chanteuse And The Devil's Muse, a surrealistic investigation into the notorious black Dahlia murder mystery, plus several screenplays (with writing partner Don C. Tyler), and his visual art has been exhibited internationally.