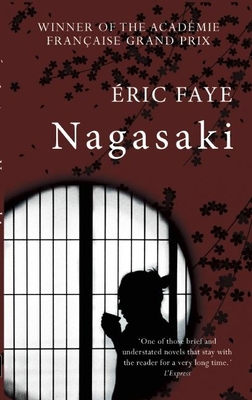 One of those brief and understated novels that stay with the reader for a very long time.--L'Express

Speaks directly to the heart.--Le Monde

There were just eight centimeters of juice now, though I'd measured fifteen before leaving the house . . . Someone had been helping themselves. And I live alone.

In a house on a suburban street in Nagasaki, meteorologist Shimura Kobo lives quietly on his own. Or so he believes. Food begins to go missing. Perturbed by this threat to his orderly life, Shimura sets up a webcam to monitor his home.

But though eager to identify his intruder, is Shimura really prepared for what the camera will reveal?

Nagasaki is based on a real news story. In 2008, a Japanese woman was found to have been secretly living in a man's house for over a year, by hiding and sleeping in a wardrobe. ric Faye has taken this news item and transformed it into a heart-rending story about the alienation of modern life.

Born in Limoges, ric Faye is a journalist and the prize-winning author of over twenty books.