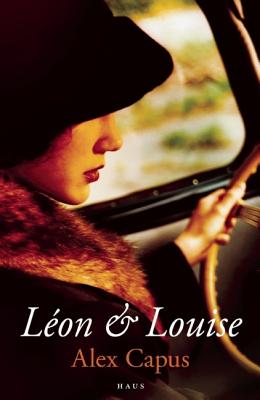 “On the cusp of World War I, while visiting the seashore on the coast of France, Leon and his new love, Louise, lose touch with one another when they are caught in the crosshairs of battle. Each believes the other is dead. Years later they discover they have both been living in Paris, blocks from each other. During World War II, Leon and his family struggle with living in a Nazi-occupied city, while Louise is encamped in Africa, working to protect French gold from the enemy. This charming novel follows the two through the decades as they continue to live their lives apart, yet never out of each other's hearts.”
— Robin Allen, Forever Books, Saint Joseph, MI
View the List

Summer 1918. The First World War is drawing to a close when Léon Le Gall, a French teenager from Cherbourg who has dropped out of school and left home, falls in love with Louise Janvier. Both are severely wounded by German artillery fire, are separated, and believe each other to be dead. Briefly reunited two decades later, the two lovers are torn apart again by Louise's refusal to destroy Léon's marriage and by the German invasion of France. In occupied Paris during the Second World War, where Léon struggles against the abhorrent tasks imposed upon him by the SS, and the wilds of Africa, where Louise confronts the hardships of her primitive environment, they battle the vicissitudes of history and the passage of time for the survival of their love.

Alex Capus is a journalist and the author of several novels, including Léon and Louise.

Simon Pare is a translator from French and German who lives in Paris.
Loading...
or support indie stores by buying on
(This book is on backorder)