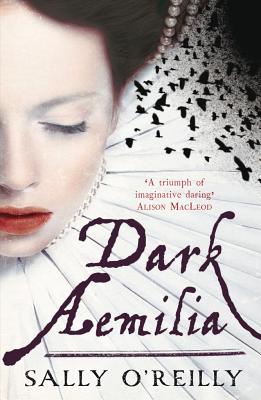 'For I have sworn thee fair, and thought thee bright; Who art as black as hell, as dark as night.' - William Shakespeare, Sonnet 147 The daughter of a Venetian musician but orphaned as a young girl, Aemilia Bassano grows up in the court of Elizabeth I, becoming the Queen's favourite. She absorbs a love of poetry and learning, maturing into a striking young woman with a sharp mind and a quick tongue. Now brilliant, beautiful and highly educated, she becomes the mistress of Lord Hunsdon, the Lord Chamberlain and Queen's cousin. But her position is precarious; when she falls in love with court playwright William Shakespeare, her fortunes change irrevocably. A must-read for fans of Tracy Chevalier (Girl With a Pearl Earring) and Sarah Dunant (The Birth of Venus), this novel by Sally O'Reilly is a richly atmospheric novel that compellingly re-imagines the struggles for power, recognition and survival in the brutal world of Elizabethan London. She conjures the art of England's first professional female poet, giving us a character for the ages - a woman who is ambitious and intelligent, true to herself and true to her heart.

Sally O'Reilly has a PhD in creative writing from Brunel University, London, and is a lecturer in creative writing at the Open University. She is the author of How to be a Writer and (as Sam O'Reilly) two previous novels, The Best Possible Taste and You Spin Me Round. Her short stories have appeared in the UK, Australia, and South Africa.
Loading...
or
Not Currently Available for Direct Purchase