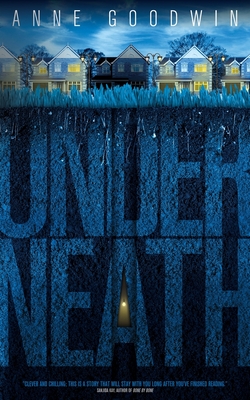 He never intended to be a jailer ...

After years of travelling, responsible to no-one but himself, Steve has resolved to settle down. He gets a job, buys a house and persuades Liesel to move in with him.

Life's perfect, until Liesel delivers her ultimatum: if he won't agree to start a family, she'll have to leave. He can't bear to lose her, but how can he face the prospect of fatherhood when he has no idea what being a father means? If he could somehow make her stay, he wouldn't have to choose ... and it would be a shame not to make use of the cellar.

Will this be the solution to his problems, or the catalyst for his own unravelling?

Underneath is the second novel from author Anne Goodwin, following the success of her debut Sugar and Snails in 2015, (critically acclaimed and shortlisted for the Polari Prize) .