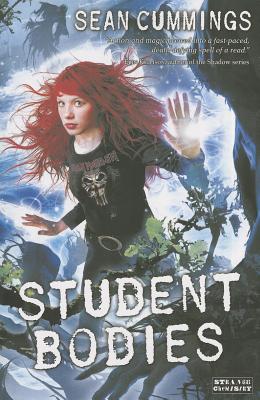 Whoever said being a teenage witch would be easy? For fifteen-year-old Julie Richardson and the city's resident protector from supernatural evil, the Left Hand Pathdoesn'tgive a damn ifyou'vefound true love for the first time in your life. There's someone lurking the halls of Crescent Ridge High School with enough malice to unleash an epidemic of "Soul Worms" supernatural larvae that feed on the very fabric of a victim's humanity.
After witnessing the death of one of the most popular kids at school, Julie anduber""genius boyfriend Marcus find themselves in a race against time to find out who is behind the attacks. All the evidence points to a horrifying plot at the City Weir during the Winter Solstice; the place where icy waters of the Bow River and a thunderous spillway will mean the deaths of more than a hundred of Julie's classmates.
If she has any hope of saving their lives, she ll need a little help from a coven of white witches and an Aboriginal mage whose snarky attitude is matched only by her magical prowess.

Sean Cummings is a comic book geek, superhero junkie, zombie fan and a total nerd. (He's also a gold mine of completely useless information about films made prior to 1960. Don't get him started on "Arsenic and Old Lace" because he won't shut up about it. ) He's been writing since 1978 (as a means of liberating his "inner nerd").

His interests include science fiction, the borg, cats with extra toes, east Indian cuisine and quality sci-fi movies/television. When he's not collecting comic books or attending the latest science fiction convention, he can be found in his home office, writing away like a man possessed. The author lives in Saskatoon, Canada.
Loading...
or
Not Currently Available for Direct Purchase