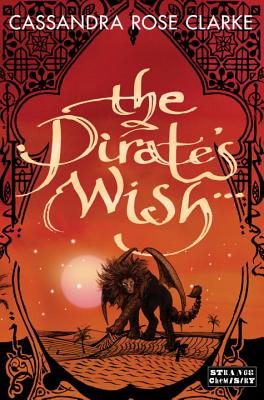 After setting out to break the curse that binds them together, the pirate Ananna and the assassin Naji find themselves stranded on an enchanted island in the north with nothing but a sword, their wits, and the secret to breaking the curse: complete three impossible tasks. With the help of their friend Marjani and a rather"unusual"ally, Ananna and Naji make their way south again, seeking what seems to be beyond their reach.
Unfortunately, Naji has enemies from the shadowy world known as the Mists, and Ananna must still face the repercussions of going up against the Pirate Confederation. Together, Naji and Ananna must break the curse, escape their enemies and come to terms with their growing romantic attraction.

Praise For The Pirate's Wish…

"This book worked so well as a duology, so very well. It’s a very sensory book, in that it really hits the senses: the sounds and smells of exotic cities, the crashing of waves and the scent of sea salt, cannons and pistols and new languages, magical or otherwise."
-Jet Black Ink