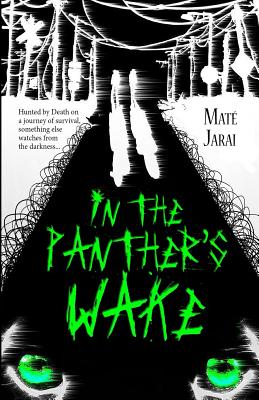 In the Panther's Wake

Mate Jarai was born in Budapest, Hungary, on February 16th 1988. His family moved around a few times, spending time in Ohio, Switzerland and Budapest, before settling in Horsham, Sussex in 1995. Mate studied Film and English at Southampton University, where he then went on to take a Masters in Creative Writing. He lives in Southampton, where he is working towards a PHD in Creative Writing whilst working as a Teaching Assistant. He writes articles for Screen Robot and also runs a blog, IamWendle.com. His short story, Bill Jaffa, appeared in the Southampton University's Creative Writing Anthology, Prose & Cons, and his short story, Incubus, appeared in Gumbo Press's December 2011 issue, Silence. In the Panther's Wake is his first novel."
Loading...
or
Not Currently Available for Direct Purchase