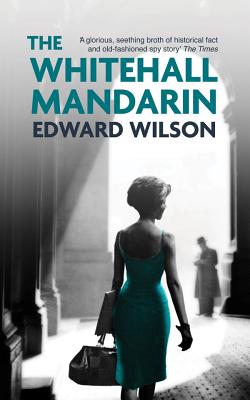 British intelligence has a mole deep in the KGB. When that mole reports on a Soviet spy ring in London, MI6 gets worried. And when MI6 gets worried, they call Catesby. He is sent on a mole hunt that leads him through the seamy sex scandals of 1960s London to the jungles of Vietnam. The tectonic plates of world power are shifting. Thrilling and deeply intelligent, The Whitehall Mandarin reveals the US government's most deeply held secret - its investigation into the People's Republic of China, and its concurrent rise to world domination. It's a secret that Catesby may not live to share. "Fans of twisted plots with the possibility of double or even triple bluffs will find this a nice substitute for Len Deighton."--Publishers Weekly "This cynically complex plot is laid over perfectly described settings, from London to Moscow to Vietnam. Wilson's characters and their consciences come alive to lend the book its power."--Kirkus Reviews "Edward Wilson is garnering the praise of readers in England he's long deserved, but it is to be hoped that America can discover him too. His stories are our stores, just as his own story is one of two countries nervously eyeing each other in wary allegiance."--Los Angeles Review of Books "As a piece of Cold War nostalgia, THE WHITEHALL MANDARIN is a great read. As a well-crafted espionage thriller, it should be on any reader's short list of the year's best. . . Don't miss this one. HIGHLY RECOMMENDED."--I Love a Mystery.

Born in Baltimore and now based in Suffolk, Edward Wilson is a highly acclaimed writer whose novels focus on espionage and the Cold War. Winning praise from the TLS as well as the Mail on Sunday, Wilson is a master of ambiguity who creates likable villains and detestable heroes. He uses his background as a scholar, soldier, and cosmopolitan expatriate to create authentic settings and verifiable plots.
or
Not Currently Available for Direct Purchase