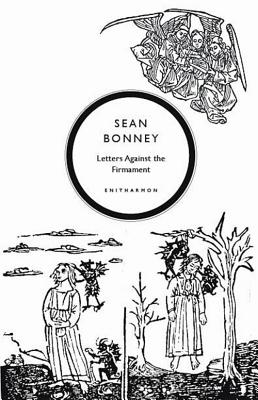 Letters Against the Firmament

Letters Against the Firmament is a user’s report on the end of the world, a treatise against Tory terror, a proposal for a new zodiac, a defence of poetry, a hex against the devourers of planet earth. The Letters are fierce epistolary poems, a vivid account of the sheer panic and brutality of the Austerity years. They are apocalyptic screeds of black humor hammered out in an obscure corner of east London, fearful attempts to ward off the attentions of gentrifiers, bailiffs, border agents and racists. In this collection in four parts they are joined by lean versions of already well-known works The Commons and Happiness, and the incandescent new poem "Lamentations".


Praise For Letters Against the Firmament…

"He deserves to be the most popular poet in England." —Keith Tuma, Professor of English, Miami University, editor, The Anthology of 20th Century British and Irish Poetry (OUP)

"[His poems] have an elegant rhythmic flow: this elegance provides a foil for the desperation and violence of the content.” —Poetry Review

"Elsewhere, Bonney's work is filled with irrepressible energy and manic erudition, aimed at the forces of suppression while presenting something approaching an aesthetic beauty in terms of the textures and velocities of the writing." —Steve Spence, stridemagazine.co.uk

Sean Bonney has performed his work at occupations, on demonstrations, in the back-rooms of pubs, in seminar rooms, on picket lines and at international poetry festivals. His poetry and essays have been translated into several languages.
Loading...
or
Not Currently Available for Direct Purchase