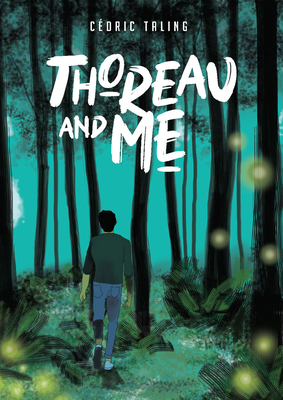 A timely, readable inquiry into the causes and consequences of climate breakdown

Some heavy reading on the ecological and climate emergency leads Cédric, a 40-something painter living in Paris, to question his life choices. In a state of vulnerability, racked with eco-anxiety, he is contacted by the spirit of writer, environmentalist, and Walden author Henry David Thoreau.
As their Socratic dialogue continues, Cédric notices striking parallels between the suffocating commercialism of mid-19th-century America and the unsustainable, alienating, tech-driven consumerism of today. Both societies are shaped by a single priority—economic growth—that squanders the earth’s natural resources and separates us from nature. Inspired by Thoreau’s return to nature, Cédric begins dreaming of his own retreat from urban life to a self-sufficient cabin in the woods.

Cédric Taling is a painter and illustrator. He has worked as a screenwriter and as an animator. His paintings, which are inspired by comics art, blend American and Japanese graphic influences. He produced his first solo exhibition in 2007 and, in 2014, cofounded the contemporary art center La Traverse in Alfortville, France.