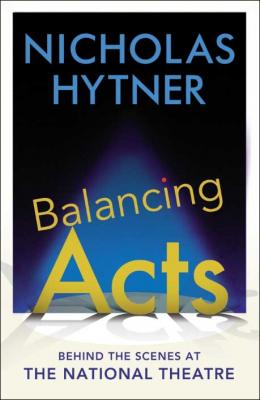 Behind the Scenes at the National Theatre

You start with a vision, and you deliver a compromise. You want a play to be challenging, ambitious, nuanced and complicated. You also want it to sell tickets. You want to make art, and you know you're in show business. These are some of the balancing acts that the National Theatre and this book are about.

This is the inside story of 12 years at the helm of Britain's greatest theatre. It is a story of lunatic failures and spectacular successes such as The History Boys, War Horse and One Man, Two Guvnors, of opening the doors of the National Theatre to a broader audience than ever before and changing the public's perception of what theatre is for. It is about probing Shakespeare from every angle and reinventing the classics. About fostering new talent and directing some of the most celebrated actors of our times.

Nicholas Hytner was director of the National Theatre from 2003 to 2015, where he directed plays by – among many others – Shakespeare, Ben Jonson, Alan Bennett and Richard Bean and produced more than two hundred different shows. He brought in a new community of artists, introduced National Theatre Live cinema broadcasts around the world, and established £10 ticket seasons which – by radically reducing ticket prices – filled the National with large new audiences. Before running the National, he worked widely in the West End and on Broadway; and in opera – in London, Paris, Munich and New York. His films include The Madness of King George, The History Boys, The Lady in the Van, and The Crucible with Daniel Day-Lewis. The Bridge Theatre, the London home of the new company he has formed with Nick Starr, opens in 2017.
Loading...
or
Not Currently Available for Direct Purchase