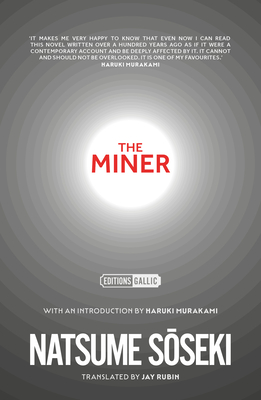 "It makes me very happy that I can read this novel written over a hundred years ago as if it were contemporary and be deeply affected by it. It cannot and should not be overlooked. It is one of my favorites."--Haruki Murakami

The Miner is the most daringly experimental and least well-known novel of Japanese writer Natsume Soseki. An absurdist tale written in 1908, it was in many ways a precursor to the work of James Joyce and Samuel Beckett.

Translated by Jay Rubin, and with an introduction from Haruki Murakami, this is bound to appeal to fans of Japanese literature.