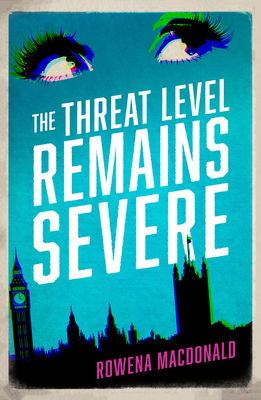 SHORTLISTED FOR THE GUARDIAN'S NOT THE BOOKER PRIZE 2017 'Sharp, funny, warm - and charmingly odd' The Guardian

Grace Ambrose, Brett Beamish and Reuben Swift appear to have little in common, but as each of them negotiates metropolitan life, they find their fates entwined.

Arty, liberal-minded House of Commons secretary Grace has been counting the tea breaks in the same dull job for approaching a decade and feels she could do something better ... if only she knew what. New recruit Brett, a smooth, high-flying Australian, is on a mission to shake up the dusty backrooms of power - and on a collision path with Grace. Office life begins to look up when Grace receives an email from an admirer with musical and poetic talents ... but is soulful, enigmatic Reuben Swift really who he says he is?

Rowena Macdonald lives in east London, works at the House of Commons and teaches creative writing at Westminster University. She has won several prizes for her short fiction, including two Asham Awards and runner-up in the Royal Society of Literature's 2013 VS Pritchett Prize.
Loading...
or support indie stores by buying on