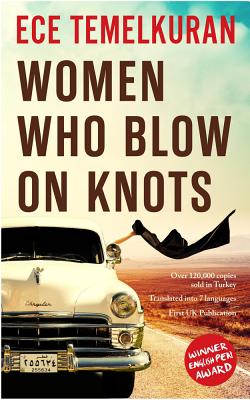 Women Who Blow on Knots

A phenomenon in Turkey with more than 120,000 copies sold, Women who Blow on Knots chronicles a voyage reaching from Tunisia to Lebanon, taken by three young women and septuagenarian Madam Lilla. Although the three young women embark on the road for different reasons – for each holds a dark secret – it is only at the journey’s point of no return that Lilla’s own murderous motivations for the trip become clear... Unique and controversial in its country of origin for its political rhetoric and strong, atypically Muslim female characters, Temelkuran weaves an empowering tale.

Ece Temelkuran is one of the Turkey’s best-known novelists and political commentators. She has lived in several countries such as Lebanon and Tunisia to write her novels. Her investigative journalism books broach subjects that are highly controversial in Turkey, such as the Kurdish and Armenian issues and freedom of expression.
Loading...
or support indie stores by buying on