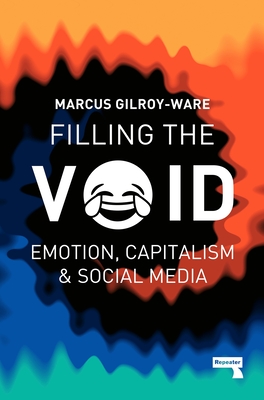 Filling The Void is a book about how the cultures and psychology of social media use fit within a broader landscape of life under capitalism. It argues that social media use is often a psychological response to the need for pleasure and comfort that results from the stresses of life under postmodern capitalism, rather than being a driver of new behaviours as newer technologies are often said to be. Both the explosive growth of social media and the corresponding reconfiguration of the web from an information-based platform into an entertainment-based one are far more easily explained in terms of the subjective psychological experience of their users as capitalist subjects seeking 'depressive hedonia,' the book argues. Filling the Void also interrogates the role of social media networks, designed for private commercial gain, as part of a de-facto public sphere. Both the decreasing subjective importance of factual media and the ways in which the content of the timeline are quietly manipulated--often using labour in the developing world and secret algorithms--have potentially serious implications for the capacity of social media users to query or challenge the seeming reality offered by the established hegemonic order.

A proud Londoner, Marcus Gilroy-Ware has been immersing himself in digital media since the age of five. Having lived in the Unites States, Brazil and Britain, he now writes, teaches, researches, creates and codes at the intersection of culture and communication.
Loading...
or
Not Currently Available for Direct Purchase