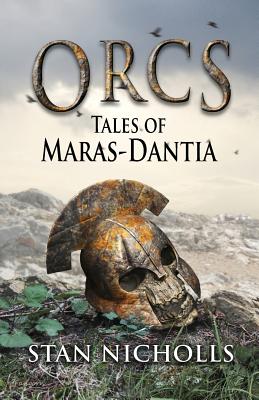 In Orcs: Tales Of Maras-Dantia, Stan Nicholls delivers an action-packed prequel to his international best-selling Orcs series. Join Stryke, Haskeer, Coilla and the rest of the Wolverines - the toughest, meanest mercenary band around - as they face their most dangerous missions yet in three brand new tales, a novella and two novelettes, along with the award-shortlisted story "The Taken". The volume is completed by an excised opening chapter from the novel Weapons of Magical Destruction, which shows our hard-bitten heroes in a new light, and an Orcish interview with the author conducted by the late David Gemmell. Both are published here for the first time. Stan has no plans to revisit his Orcs after this volume, so it seems likely these stories represent the Wolverines' final hurrah. If so, they bow out in style.