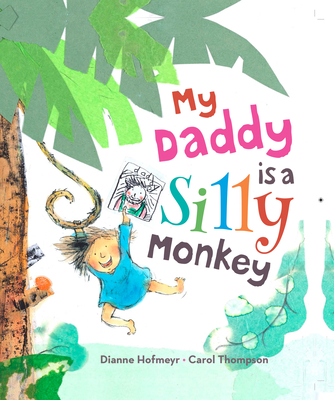 My Daddy Is a Silly Monkey (Hardcover)

My daddy is a great big bear. He gets out of bed and grumbles and grouches, scratches and yawns This charming picture book for younger children portrays a day in the life of a dad and daughter in a single-parent home, as they get up, have breakfast, go to school, go swimming, make dinner and prepare for bedtime. Dad is a great big bear, a silly monkey, a crocodile, an octopus and, at bedtime, a scary monster for a little while - but in the end it's Daddy being Daddy that the little girl loves best.

Dianne Hofmeyr grew up on the tip of Southern Africa. She graduated as an art teacher in Cape Town, and has written several teenage novels and picture books which have been translated into more than eighteen languages. The Magic Bojabi Tree was nominated for the 2014 Kate Greenaway Award, she won the M-Net Award for fiction with the novel Boikie You Better Believe It and has two IBBY Honour Books. Her most recent picture book Zeraffa Giraffa is on The Sunday Times Top 100 Children's Classics List. Carol Thompson is the illustrator and in some cases author/illustrator of more than sixty books and her work has been translated into over twenty languages. Some notable titles include Mommy, Mama, And Me; Daddy, Papa, And Me, which won the Stonewall Honor Picture Book Award, ALA Notable Book, Thunderboomer, which won the 2010 ALA Notable Book, Smithsonian Museum Notable Books for Children and the School Library Journal Best Book of the Year. Carol is an IBBY UK committee member.
or
Buy Here
Copyright © 2020 American Booksellers Association