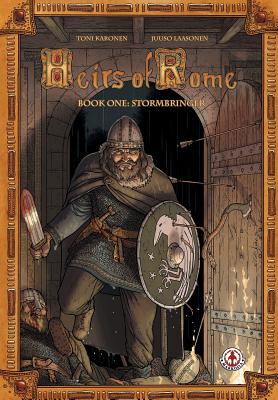 Germania Inferior, Province of Rome, spring 431 AD. As the great migrations ravage the borders of a wavering Rome, King Chlodio Long-Hair of the Franks is assembling an army to invade Gaul. Alongside him is the greatest warlord of the Franks who has a son named Rocco.

Fifty years later he would be known as Count Rocco, Raven of the North. A man who would unite the Frankish kingdoms from a bunch of shivering fingers into a fist of iron and save all of western civilization in its darkest hour.

But before all of this he was merely a boy blinded by vengeance, preparing to take his first step on a pathway to glory and tragedy...