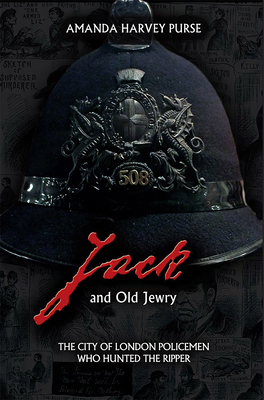 The City of London Policemen Who Hunted the Ripper

In the early hours of 30th September 1888, the City of London Police force went from being a close bystander to having an active involvement into the investigation of the world's most famous murder case with the death of one woman: Catherine Eddowes. The murderer is still unknown, but has passed into history under the name 'Jack the Ripper'. If you want to try to find out who Jack the Ripper might have been, there are many books to choose from which will help you. But what if you want to know the history of the City of London Police from its humble beginnings, or to know what it would have been like for a Victorian constable walking his beat? What if you wanted an indepth look into the lives of each of the City officers who had a role in the Jack the Ripper investigation, making them more real to you than just a name in the inquest reports? What if you want to know more about Catherine Eddowes and her family, making her more human to you than just a victim? What if you want to know about the history of Mitre Square, where Catherine was found, and Golden Lane Mortuary, where she was taken? With new, fresh information, JACK AND OLD JEWRY: THE CITY OF LONDON POLICEMEN WHO HUNTED THE RIPPER answers these questions.

Amanda Harvey Purse has studied the Jack the Ripper case for almost 25 years. Turning her attention to the history of the City of London Police fifteen years ago, she became a tour guide and researcher for the City of London Police Museum. Amanda has studied various other Victorian and Edwardian crimes, leading her to act as an historical researcher for documentaries and TV shows for the BBC, the History Channel and Channel 4. She is the author of a series of 'faction' books on the Jack the Ripper case: JACK THE RIPPER'S MANY FACES, DEAD BODIES DO TELL TALES and THE STRANGE CASE OF CAROLINE MAXWELL. She is also the author of the e-book series VICTORIAN LIVES BEHIND VICTORIAN CRIMES, and has written various crime-related articles for a wide range of magazines, journals and newspapers. JACK AND OLD JEWRY: THE CITY OF LONDON POLICEMEN WHO HUNTED THE RIPPER is her first fully factual book on the people surrounding the Jack the Ripper case.
or
Buy Here
Copyright © 2020 American Booksellers Association