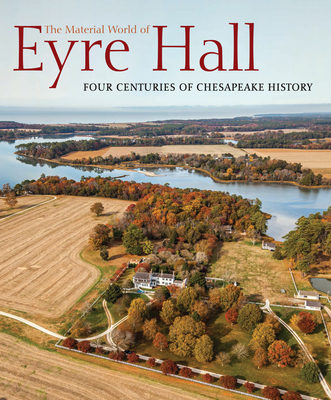 The Material World of Eyre Hall

Erected in 1759 on the Eastern Shore of Virginia, Eyre Hall is still occupied by descendants of its builder. It retains a rich variety of objects from furniture and books to silver and paintings acquired by the family, reflecting the tastes and aspirations of its many different generations. Only a small handful of places in Virginia can claim such continuity. The material culture of Eyre Hall illustrates the everchanging meanings of this place in American culture from the seventeenth- through the twenty-first century. It represents the cultural endeavors of southern society that was built on slavery and suffered the tribulations of wars, emancipation, and economic depressions. This study explores the mutability of this inheritance in the wake of such transformative events. The book is divided into four sections. The first recounts the history of those who lived at Eyre Hall. The second examines the architecture of the house and its service buildings. The third explores the formal garden. The fourth section is a catalogue raisonn of its objects.