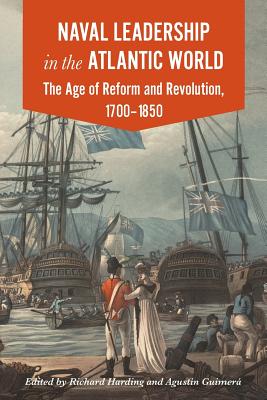 Naval Leadership in the Atlantic World

The naval leader has taken centre stage in traditional naval histories. However, while the historical narrative has been fairly consistent the development of various navies has been accompanied by assumptions, challenges and competing visions of the social characteristics of naval leaders and of their function. Whilst leadership has been a constant theme in historical studies, it has not been scrutinised as a phenomenon in its own right. This book examines the critical period in Europe between 1700 -1850, when political, economic and cultural shifts were bringing about a new understanding of the individual and of society. Bringing together context with a focus on naval leadership as a phenomenon is at the heart of this book, a unique collaborative venture between British, French and Spanish scholars. As globalisation develops in the twenty-first century the significance of navies looks set to increase. This volume of essays aims to place naval leadership in its historical context.