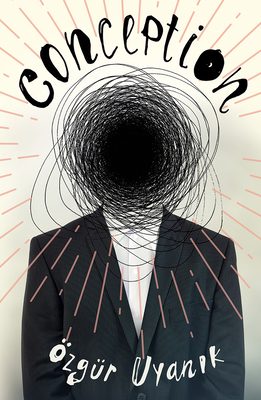 Rolling between minor shows in New York, London and Istanbul, his manager/mother and he decide upon his next work of art: an act of self-violation so outrageous, and so horrific, the art world will be forced to take notice. But will it be enough to raise him to the ranks of the elite?

A black comedy, the journey of a sociopath, and a dark exploration of the commerciality of modern art; ‘Conception’ takes aim at the question of who and what determines the value of conceptual art.

"Conception is a searingly witty and perceptive novel, offering a cutting vision of the contemporary art world. Uyanik's writing is playful and original, his characters are dark and compelling." —Dr Kate North, Author and Reader in Creative Writing at Cardiff Metropolitan University

"Uyanık will have you grinding your teeth, reaching for your dictionary, wincing and laughing." —Dr Dan Anthony, Author, scriptwriter and lecturer in Creative Writing at Cardiff Metropolitan University

"Conception is a novel that deserves to be read slowly to fully appreciate the word play and sharp wit of the writing." —Dr Michelle Deininger, Wales Art Review

"I thoroughly enjoyed this book and would read it again. I would highly recommend it to others too and, in fact, I already have! " —Jess Sturman-Coombs, Mir Online

Özgür Uyanik is a writer and filmmaker whose family emigrated from Turkey to the UK. After graduating from the University of Kent at Canterbury, where he studied Communications and Image Studies, Özgür started a career in the film industry working as a runner and making short films in London until his debut feature film premiered at the 17th Raindance Film Festival in 2009. He recently gained an MA in Creative Writing and English Literature from Cardiff Metropolitan University and is currently a PhD candidate in Creative Writing at Cardiff University.
Loading...
or support indie stores by buying on