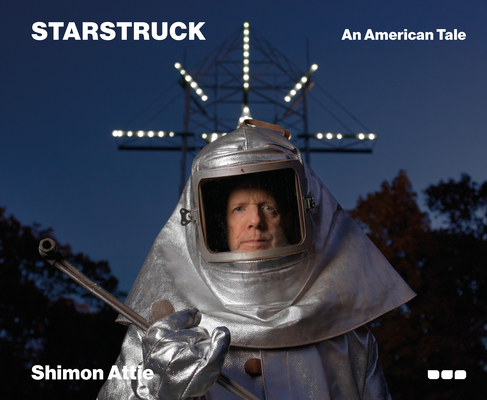 Shimon Attie (artist) Born in Los Angeles and based in New York, Attie began his career in Berlin in the early 1990s, where he projected photographs of prewar Jewish street life onto the buildings where the images were originally taken. For more than three decades, he has explored how contemporary media may be used to re-imagine relationships between space, time, place and identity, and to animate urban space with imagery of its lost histories, marginalised communities and speculative futures. His practice extends across video, photography and immersive multimedia projects in museums and galleries, to site-specific installations for public spaces in Berlin, Copenhagen, New York, Rome, San Francisco, the Israel-Palestine border and other locations. He has shown in group and solo exhibitions around the world, including at the Museum of Modern Art and Jewish Museum, New York; National Gallery of Art and Corcoran Gallery of Art, Washington; Institute of Contemporary Art, Boston; Saint Louis Art Museum; Wexner Center for the Arts; National Museum of Wales; and Centre Georges Pompidou. He is a Guggenheim Fellow and Rome Prize recipient and holds the Lee Krasner Award from the Pollock-Krasner Foundation. He is represented by Jack Shainman Gallery in New York. In 2021-2022 Attie was the Theodore U Horger Artist in Residence in the Department of Art, Architecture and Design at Lehigh University in Bethlehem, where Starstruck: An American Tale was developed and exhibited.
Loading...
or support indie stores by buying on