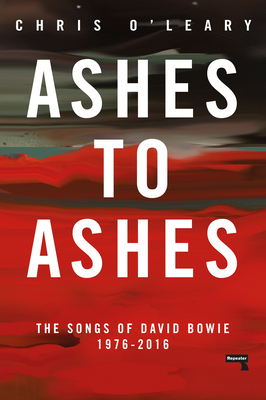 A comprehensive exploration of the final four decades of David Bowie’s musical career—covering every song he wrote, performed, or produced

In Ashes to Ashes, the ultimate David Bowie expert offers a song-by-song retrospective of the legendary pop star's musical career from 1976 to 2016.

Starting with Low, the first of Bowie's Berlin albums, and finishing with Blackstar—his final masterpiece released just days before his death in 2016—each song is annotated in depth and explored in essays that touch upon the song's creation, production, influences and impact.

Chris O'Leary is a writer, editor and journalist based in western Massachusetts. His interviewees range from Richard Fuld, former head of Lehman Brothers, to actor Kiefer Sutherland. He writes for Entertainment Weekly, as well as the Encyclopaedia Britannica. He's the author of Rebel Rebel: All the Songs of David Bowie 1964 - 1976.
Loading...
or
Not Currently Available for Direct Purchase