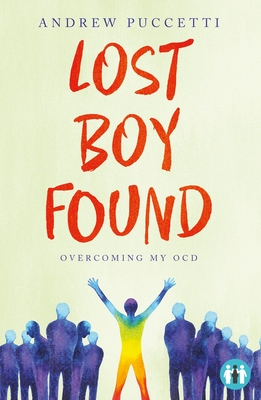 Andrew Puccetti's life seemed perfect: he grew up in a loving Catholic community, his parents were happily married, and his childhood was good. But this picture-perfect existence started to crack when Andrew began to suffer from intense hypochondria and anxiety. Through therapy, he thought he had recovered, and, as he grew, he began to discover himself. He found the strength to come out as gay to his family, and everything seemed fine for a while.

However, when he opened up to his group of friends about his sexuality, not all of them were as accepting as his family had been. Abandoned by his closest friend since childhood, his negative mental thoughts began to return, and Andrew found himself unable to cope with life, and forced to drop out of school. After months of isolation, Andrew took the brave step of admitting himself to a psychiatric hospital. Diagnosed with OCD, major depressive disorder, and borderline personality disorder, Andrew could finally begin to take control of his life.

In Lost Boy Found, Andrew courageously tells his story of navigating adolescence through the lens of mental illness and finding peace with his true self.

Andrew Puccetti is a college student and activist. After being diagnosed with multiple mental illnesses, Andrew changed his life for the better. He is passionate about sharing his story in the hope that he can bring more understanding to others, help people know they are not alone in their struggles, and break the stigma around such issues.
or support indie stores by buying on
Copyright © 2020 American Booksellers Association