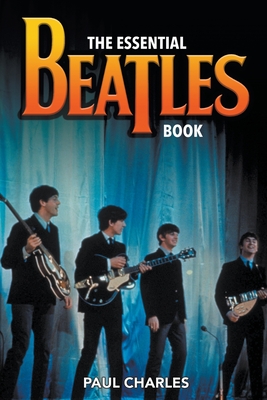 On March 22nd 1963 the album Please Please Me by The Beatles was released and a worldwide, multi-cultured phenomenon exploded with Beatlemania. This landmark long-player was created by four street-wise lads from Liverpool; one classy producer and one publicity savvy manager. The album was only the first in a long line of record-breaking hits from this incredible collaboration, a collaboration responsible for completely re-writing the music-business rule book. The Beatles, George Martin and Brian Epstein were destined to become the most successful entity in the history of the entertainment business. During those ten years they broke every performance and sales record in the book. Most noticeably was in March 1964 when the top five singles in American where Billboard's top hundred sales chart were: No 1. Twist and Shout The Beatles No 2. Can't Buy Me Love The Beatles No 3. She Loves You The Beatles No 4. I Want To Hold Your Hand The Beatles No 5. Please Please Me The Beatles In addition to those five singles (four of which were original Lennon & McCartney songs) they also had singles at Nos 16; 44; 49; 69; 78; 84 and 88. This is a never-bettered feat. No other artist has even come close. Now nearly 60 years later The Beatles still remain the most recognisable group on the planet. In this fact-packed book, musicologist Paul Charles examines only the years The Beatles were writing, recording, performing and making movies together. Using their singles, albums, live appearances and films, as signposts, he examines the songs, the records, their colleagues and stories behind the official releases and of their decade long career as a group. He also endeavours to explain the mystery and magic of the Beatles art and their unique artistic and commercial success. Originally from Ireland Paul Charles has been working in the music business since he was 15, as a manager, agent, promoter, publicist, journalist and lyricist. In The Essential Beatles Book he celebrates a truly unique career that produced certainly three, perhaps even four, of the best albums ever released.