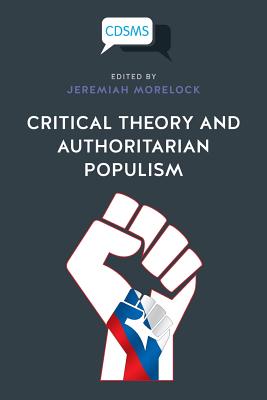 After President Trump's election, BREXIT and the widespread rise of right-wing figures, there has been intense focus on authoritarian populism. The contents of this volume conduct a Frankfurt School inspired critique of Trump-led populism and some related developments across the globe. Assembling leading European and North American scholars, chapters are structured in three sections exploring an aspect of the topic: theories, foundations and digital authoritarianism.

Contributions examine the vital theory of earlier Frankfurt school thinkers (political, psychological and anthropological) and how these insights could be applied now amidst the insecurities and confusions endemic to modern life. The many theorists considered include Adorno, Fromm, Laclau and Marcuse alongside analysis of Austrian Facebook pages, of Trump's tweets and of his operatic media 'show'. This book is a major contribution towards deeper understanding of populism's reappearance in the age of digital capitalism.