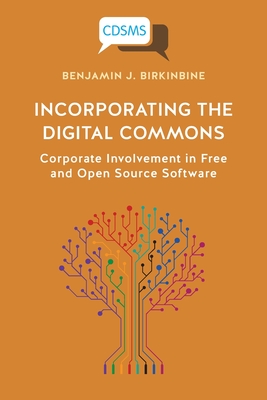 The concept of 'the commons' has been used as a framework to understand resources shared by a community rather than a private entity, and it has also inspired social movements working against the enclosure of public goods and resources. One such resource is free (libre) and open source software (FLOSS). FLOSS emerged as an alternative to proprietary software in the 1980s. However, both the products and production processes of FLOSS have become incorporated into capitalist production. For example, Red Hat, Inc. is a large publicly traded company whose business model relies entirely on free software, and IBM, Intel, Cisco, Samsung, Google are some of the largest contributors to Linux, the open-source operating system. This book explores the ways in which FLOSS has been incorporated into digital capitalism. Just as the commons have been used as a motivational frame for radical social movements, it has also served the interests of free-marketeers, corporate libertarians, and states to expand their reach by dragging the shared resources of social life onto digital platforms so they can be integrated into the global capitalist system.

The book concludes by asserting the need for a critical political economic understanding of the commons that foregrounds (digital) labour, class struggle, and uneven power distribution within the digital commons as well as between FLOSS communities and their corporate sponsors.