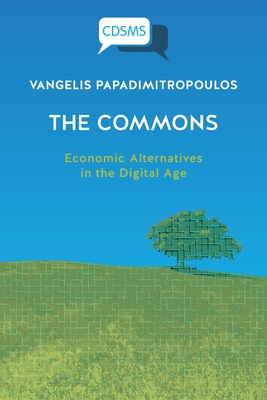 Economic Alternatives in the Digital Age

This book explores the potential creation of a broader collaborative economy through commons-based peer production (P2P) and the emergent role of information and communication technologies (ICTs). The book seeks to critically engage in the political discussion of commons-based peer production, which can be classified into three basic arguments: the liberal, the reformist and the anti-capitalist. This book categorises the liberal argument as being in favour of the coexistence of the commons with the market and the state. Reformists, on the other hand, advocate for the gradual adjustment of the state and of capitalism to the commons, while anti-capitalists situate the commons against capitalism and the state. By discussing these three viewpoints, the book contributes to contemporary debates concerning the future of commons-based peer production.

Further, the author argues that for the commons to become a fully operational mode of peer production, it needs to reach critical mass arguing that the liberal argument underestimates the reformist insight that technology has the potential to decentralise production, thereby forcing capitalism to transition to post-capitalism. Surveying the three main strands of commons-based peer production, this book makes the case for a post-capitalist commons-orientated transition that moves beyond neoliberalism.