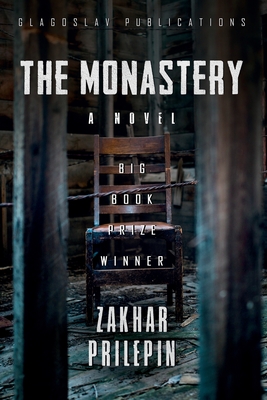 The late 1920s... Convicted of murdering his father, Artiom Goriainov is serving a sentence of several years on the Solovki Archipelago. Artiom is a strong young man who survives all facets of the hell that is the Soviet camps: hunger, cold, betrayal, the death of friends, a failed escape attempt and a love affair. Unlike the many political prisoners at Solovki, he has no strong convictions. He is an everyman who, like the Virgil of Solovki, simply narrates what is happening in front of his eyes. His only motivation is to survive.

Founded in the 15th century on an archipelago in the White Sea, from 1923 the monastery became a "camp of special designation," the foundation stone of the Soviet GULAG system. The novel describes a period when Solovki was being converted from a re-education camp for "socially damaging elements" into what eventually became a mass labor camp. The notion of a Utopia for "forging new human beings," complete with a library, athletic events, and research laboratories, eventually mutated into a hell of despotism and brutality.

Published with the support of the Institute for Literary Translation, Russia.