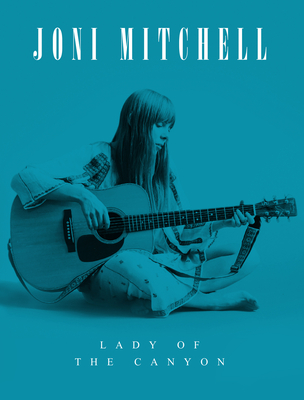 Lady of the Canyon

This is the story of one of the most important female recording artist of the last 50 years. Joni Mitchell began singing in small nightclubs in her hometown of Saskatoon, Saskatchewan before busking in the streets and nightclubs of Toronto, Ontario. In 1965, she moved to the U.S. and began touring. Settling in Southern California, Mitchell, with popular songs like “Big Yellow Taxi” and “Woodstock," helped define an era and a generation. Mitchell’s fifth album, For the Roses, was released in 1972. She then switched labels and began exploring more jazz-influenced melodic ideas, by way of lush pop textures, on 1974’s Court and Spark, which featured the radio hits “Help Me” and “Free Man in Paris” and became her best-selling album. With roots in visual art, Mitchell has designed most of her own album covers. She describes herself as a “painter derailed by circumstance."

Michael O'Neill has written many rock music books including biographies of Queen, The Rolling Stones, David Bowie and The Beatles.
Loading...
or support indie stores by buying on