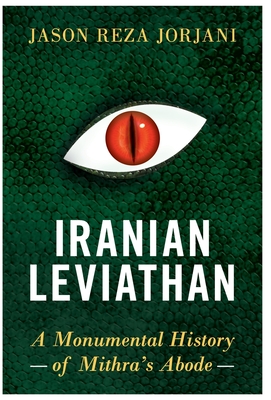 A Monumental History of Mithra's Abode

No other nation on Earth has contributed more to the elevation of the human spirit, and to the enrichment of every aspect of civilization on a global scale, than Iran. Some of the most defining scientific, religious, and cultural characteristics of both the Eastern and Western Worlds actually owe their origin to Iran, let alone the contributions that Iran has made to the formation of the so-called "Islamic World." The latter is almost entirely Iranian in terms of its high culture, and if "Islamic Civilization" is to have any future at all, it needs to be transformed back into Iranian Civilization.

That is the impression that one is left with after reading this monumental history of Iran, not just as a country, but as a vast civilization encompassing many related cultures and ethnicities. It is the first history of Iran ever written from a philosophical perspective. In other words, far from being a textbook history, this study aims to discern the inner meaning of Iran and the spiritual destiny of the Iranians or Eastern Aryans.

As an original work of Philosophy, Iranian Leviathan explores fundamental concepts in the realm of metaphysics, epistemology, ethics, and political philosophy. With respect to socio-political thought, this philosophical history lays the groundwork for the ideological program of an Iranian Renaissance. This is a bold and unapologetic vision, not only for the revitalization of culture within Greater Iran, but also for the reestablishment of Iran as an imperial hegemon and global superpower in our time.