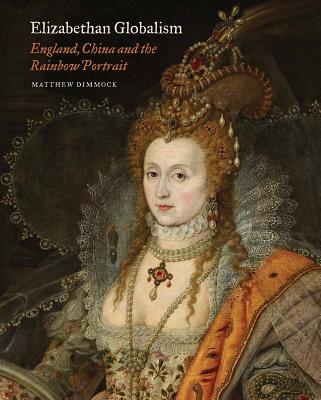 England, China and the Rainbow Portrait

Challenging the myth of Elizabethan England as insular and xenophobic, this revelatory study sheds light on how the nation’s growing global encounters—from the Caribbean to Asia—created an interest and curiosity in the wider world that resonated deeply throughout society. Matthew Dimmock reconstructs an extraordinary housewarming party thrown at the newly built Cecil House in London in 1602 for Elizabeth I where a stunning display of Chinese porcelain served as a physical manifestation of how global trade and diplomacy had led to a new appreciation of foreign cultures. This party was also the likely inspiration for Elizabeth’s celebrated Rainbow Portrait, an image that Dimmock describes as a carefully orchestrated vision of England’s emerging ambitions for its engagements with the rest of the world. Bringing together an eclectic variety of sources including play texts, inventories, and artifacts, this extensively researched volume presents a picture of early modern England as an outward-looking nation intoxicated by what the world had to offer.


Praise For Elizabethan Globalism: England, China and the Rainbow Portrait…

“Part history, part art book . . . a historical treasure hunt that shows how a single artifact contains underpinnings of an empire and that offers fascinating insight into how political myths are made.”—Genevieve Valentine, NPR (“Best Books of 2019”)

Matthew Dimmock is professor of early modern studies at the University of Sussex.
Loading...
or
Not Currently Available for Direct Purchase