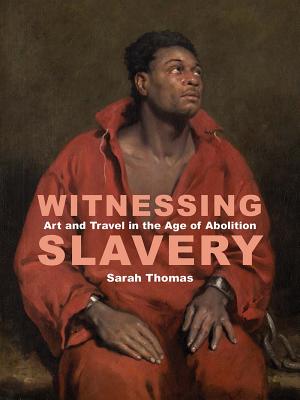 Art and Travel in the Age of Abolition

Gathering together over 160 paintings, watercolors, drawings, and prints, this book offers an unprecedented examination of the shifting iconography of slavery in British and European art between 1760 and 1840. In addition to considering how the work of artists such as Agostino Brunias, James Hakewill, and Augustus Earle responded to abolitionist politics, Sarah Thomas examines the importance of the eyewitness account in endowing visual representations of transatlantic slavery with veracity. “Being there,” indeed, became significant not only because of the empirical opportunities to document slave life it afforded but also because the imagery of the eyewitness was more credible than sketches and paintings created by the “armchair traveler” at home. Full of original insights that cast a new light on these highly charged images, this volume reconsiders how slavery was depicted within a historical context in which truth was a deeply contested subject.


Praise For Witnessing Slavery: Art and Travel in the Age of Abolition…

“Thomas delivered an excellent volume in which she comprehensibly shows the great impact that visual culture had on the era of abolition and how contested images of eyewitness artists were used for the propaganda purposes of the pro- and anti-slavery movements.”—Annika Vosseler, Connections

“Engaging and provocative . . . Deals mainly with British publications during the heyday of illustrated book publishing, persuasively arguing that these artworks were deeply influenced by the politics surrounding their production.”—Richard Price, New West Indian Guide

“Beautifully produced . . . A thorough, nuanced study of how images of slavery, as distinguished from texts, created irrefutable proof for the British Empire’s ideological purposes . . . A fascinating book.”—J. Simon, Choice

Sarah Thomas is lecturer in the Department of History of Art at Birkbeck, University of London.
Loading...
or
Not Currently Available for Direct Purchase