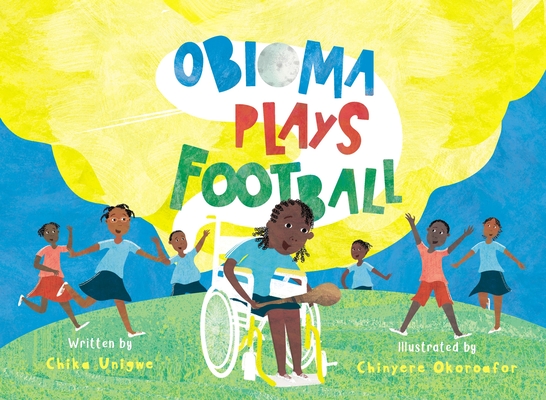 9 year-old Obioma is a football star. She uses a special stick to score goals and never loses a race in her wheelchair But when she moves to a new city, she has to go to a new school where she has no friends, and everyone calls her "the girl with the wheelchair". Obioma misses playing football most of all, until one day a girl named Ayana asks her to race. Once they start playing football, everyone joins in and Obioma finds a new team to play with.

Chika Unigwe is the author of four novels, including the acclaimed On Black Sisters' Street (Jonathan Cape, 2009), and winner of the $100,000 Nigeria Prize for Literature (2012). She is an acclaimed short story writer, including the collection Better Never Than Late (Cassava Republic, 2019). In 2014 she was selected as one of the Africa39 list. In 2016, Unigwe was appointed as the Bonderman Professor for Creative Writing at Brown University in Rhode Island, and was judge of the Man Booker International Prize in 2017.
Loading...
or support indie stores by buying on
(This book is on backorder)