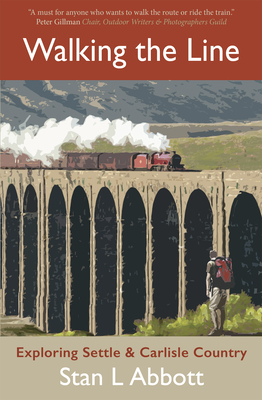 An authoritative guide to the history, landscape and lore along the scenic English train line between Settle and Carlisle, by an established travel writer and railway aficionado.

Widely known as England's most picturesque line, the enduring Settle-Carlisle Railway crosses the north Pennines between Yorkshire and Cumbria, traversing stunning scenery from the Dales through the lonely and lofty fells to the limestone pavements of Westmorland, and on into the lush, green Eden Valley.

The line was built by the Midland Railway company in the 1870s, to forge an independent route connecting its English network with Scotland. Uniquely for a railway in the UK, the entire infrastructure is a Conservation Area in its own right--comprising viaducts, stations, bridges, tunnels, trackside structures and railway workers' cottages.

Stan Abbott's career as a journalist began in York, England and has seen him write for many national and regional newspapers and magazines. He ran a successful publishing business in the Yorkshire Dales and has also worked in the airline industry, and in tourism in the UK and Europe. He has edited several books and magazines and has written three books about the Settle & Carlisle Railway.
Loading...
or support indie stores by buying on