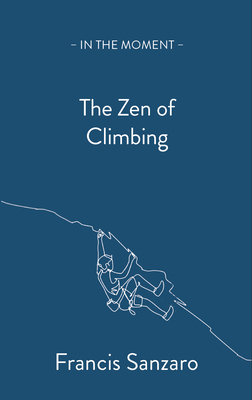 The Zen of Climbing

What do Zen masters, sixteenth-century Samurai, and the world's elite climbers have in common?

They have perfected the of awareness, of being in the moment, of trusting the process.

Climbing is a sport of perception, and our successes and failures are matters of mind as much as body.

Written by philosopher, essayist, and lifelong climber Francis Sanzaro, The Zen of Climbing explores the fundamentals of successful climbing, delving into sports psychology, neuroscience, philosophy, and Taoism. Awareness, he argues, is the alchemy of climbing, allowing us to merge mental and physical attributes in one embodied whole.

This compact volume puts the climber's mind at the forefront of practice.

Francis Sanzaro (Ph.D.) is a climber, academic, speaker, and the author of books on philosophy, climbing, athletic theory and comparative religion. His essays, poetry and fiction have appeared in The New York Times, Outside, Huffington Post, Climbing, Adventure Journal, The Baltimore Post Examiner, Continental Philosophy Review, and Vol. 1 Brooklyn, Rock and Ice, among a dozen others. His books include The Boulder: A Philosophy for Bouldering; and Society Elsewhere: Why the Gravest Threat to Humanity Will Come From Within. He appeared at TEDx Ascend in Colorado speaking on approaches to risk and our relationship with the natural world.
Loading...
or support indie stores by buying on