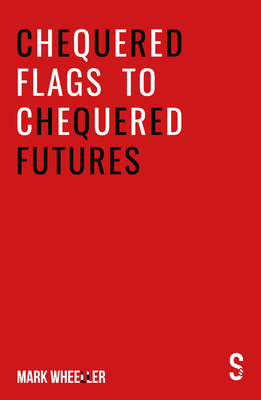 In 2006 Chris was being driven along a public road in a powerful BMW by a racing friend. She was thought to be driving at 90 mph in a 30 limit. None were wearing seatbelts and, unknown to Chris, the driver was uninsured. Disastrously, they crashed into a wall, narrowly avoiding killing another driver. The consequences for all three in the car were life changing in very different ways.

The play tells the fast-paced story through the words of Chris and his family with great opportunities for imaginative ensemble work. In a parallel strand of powerful monologues, Jane (the mother of the driver) tells her story of the aftermath of the accident.

Mark Wheeller's most recent plays, Can You Hear Me Major Tom (Verbatim Bowie fan tribute play) and This Is For You (Immersive, Ronson inspired fictional, unplanned teenage pregnancy story) are now available. Hard to Swallow and Missing Dan Nolan are set texts on Eduqas & OCR GCSE 9-1 Drama. In 2015 his final (and best) verbatim Road Safety play was released. Chequered Flags to Chequered Futures. In 2019 Game Over was released telling the dreadful true story of the murder of fourteen-year-old Breck Bednar. The Story Behind Too Much Punch For Judy and Hard to Swallow - Easy to Digest offer the incredible stories behind his most well-known plays and also offer ideas for study/rehearsing. Mark has been commissioned by (amongst others) The Birmingham Rep, (Kill Jill) the Haymarket Theatre Basingstoke (The Gate Escape) The DSM Foundation (I Love You Mum - I Promise I Won't Die). Together with Rachel, his wife, Mark wrote the stories for Tufty's Adventures and the twelve editions of the Tufty Tales comic (RoSPA 1994). Mark offers workshops to schools here and abroad. Mark's plays are increasingly being released on DVD including his award-winning OYT productions of Too Much Punch For Judy, Missing Dan Nolan & I Love You Mum - I Promise I Won't Die. The professional production of CHICKEN! is now available.
Loading...
or support indie stores by buying on