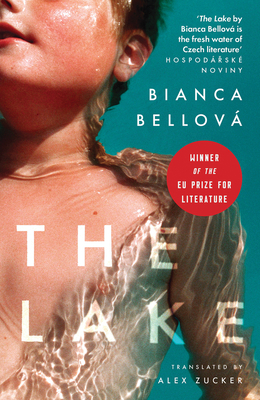 A dystopian page-turner about the coming of age of a young hero, which won the 2017 EU Prize for Literature. A fishing village at the end of the world. A lake that is drying up and, ominously, pushing out its banks. The men have vodka, the women troubles, the children eczema to scratch at. Born into this unforgiving environment, Nami, a young boy, embarks on a journey with nothing but a bundle of nerves, a coat that was once his grandfather’s, and the vague idea of searching for his mother, who disappeared from his life at a young age. To uncover the greatest mystery of his life, he must sail across and walk around the lake, and finally dive to its bottom. The Lake is a raw account of life in a devastated land and the harsh, primitive circumstances under which people fight to survive.

Alex Zucker is a translator from Czech whose translations include novels by J. R. Pick, Petra Hulová, Jáchym Topol, Magdaléna Platzová, Tomáš Zmeškal, Josef Jedlicka, Heda Margolius Kovály, Patrik Ouredník, and Miloslava Holubová. He has also translated stories, plays, subtitles, young adult and children’s books, song lyrics, reportages, essays, poems, and an opera. Bianca Bellova (b. 1970) is a Czech translator, interpreter, and writer with Bulgarian roots. Her novel Mrtvý muž (Dead Man, 2011) received widespread critical acclaim and has been translated into German. Her latest novel, Jezero (The Lake, 2016), won the EU Prize for Literature and will be published in more than ten languages.
Loading...
or
Not Currently Available for Direct Purchase