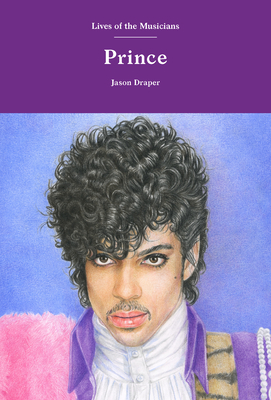 Prince (Lives of the Musicians)

His name was Prince, and he was funky. He was also inspiring, infuriating, visionary and otherworldly. Channelling contradictions in search of his own unique truth, he eventually changed his name to an unpronounceable glyph that merged the male and female symbols in an outward expression of his inner dualities. Gifted with the ability to play almost every instrument on his records, and shifting between musical styles as much as he switched-up his looks, he refused to acknowledge boundaries. Instead, he brought opposing forces together in a life-long quest to reconcile a dirty mind with a love for God. In doing so, the mini Minneapolis genius became a world-conquering icon whose towering legacy continues to shape pop culture.

Jason Draper is a brand consultant and long-standing music journalist. As former Head of Curation at Universal Music Group and Reviews Editor of Record Collector magazine from 2006 to 2015, he now straddles both sides of the music industry, advising on content strategy and brand development for everyone from Warner Music Group to the audio-visual app jazzed. Author of the books Prince: Life and Times (2008; revised and updated in 2016) and A Brief History of Album Covers(2008), his work has also appeared in NME and Uncut, and as part of Royal Mail's prestigious stamp collections. He lives in London with his wife and Jack Russell terrier.
Loading...
or support indie stores by buying on