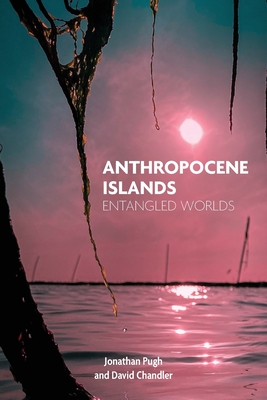 The island has become a key figure of the Anthropocene - an epoch in which human entanglements with nature come increasingly to the fore. For a long time, islands were romanticised or marginalised, seen as lacking modernity's capacities for progress, vulnerable to the effects of catastrophic climate change and the afterlives of empire and coloniality. Today, however, the island is increasingly important for both policy-oriented and critical imaginaries that seek, more positively, to draw upon the island's liminal and disruptive capacities, especially the relational entanglements and sensitivities its peoples and modes of life are said to exhibit.

Anthropocene Islands: Entangled Worlds explores the significant and widespread shift to working with islands for the generation of new or alternative approaches to knowledge, critique and policy practices. It explains how contemporary Anthropocene thinking takes a particular interest in islands as 'entangled worlds', which break down the human/nature divide of modernity and enable the generation of new or alternative approaches to ways of being (ontology) and knowing (epistemology). The book draws out core analytics which have risen to prominence (Resilience, Patchworks, Correlation and Storiation) as contemporary policy makers, scholars, critical theorists, artists, poets and activists work with islands to move beyond the constraints of modern approaches. In doing so, it argues that engaging with islands has become increasingly important for the generation of some of the core frameworks of contemporary thinking and concludes with a new critical agenda for the Anthropocene.