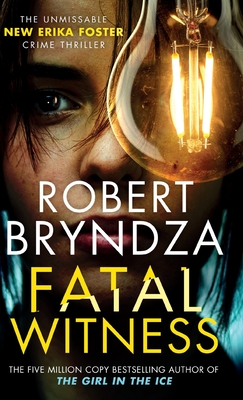 How do you find a killer who has destroyed all the evidence?

Detective Erika Foster is on a late-night walk near her new house in Blackheath when she stumbles upon the brutal murder of Vicky Clarke, a true-crime podcaster.

Erika is assigned to the case and discovers that Vicky had been working on a new podcast episode about a sexual predator who preys on young female students around South London, staking out his victims in their halls of residence before breaking in at the dead of night. When Erika discovers that Vicky's notes and sound recordings were stolen from her flat at the time of her murder, it leads her to believe that Vicky was close to unmasking the attacker, and she was killed to guarantee her silence.

The case takes on a disturbing twist when the body of a young Bulgarian student doctor is discovered in the same building, and this makes Erika question everything she thought she knew about Vicky. With very little evidence, the clock is ticking to find the killer before he strikes again.

'Compelling at every turn, as we follow the brilliantly drawn Detective Erika Foster in her relentless hunt for one of the most horrific villains in modern crime fiction.' -Jeffery Deaver, #1 internationally bestselling author

'So chilling, with truly terrifying characters and a hard-hitting storyline that is gripping from start to finish' -Rachel Abbott, Amazon Charts bestselling author

'Twisty, dark, and layered with a protagonist you root for from page one' -M. W. Craven, author of The Puppet Show

'Robert Bryndza's characters are so vividly drawn-even the slightest character-and fully human and uniquely imperfect. His plots are clever and original and cool, and his sense of timing is excruciatingly flawless' -Augusten Burroughs, New York Times bestselling author of Running with Scissors.