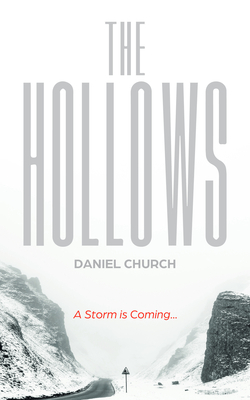 In a lonely village in the Peak District, during the onset of a once-in-a-lifetime snow storm, Constable Ellie Cheetham finds a body. The man, a local ne'er-do-well, appears to have died in a tragic accident: he drank too much and froze to death.


But the facts don't add up: the dead man is clutching a knife in one hand, and there's evidence he was hiding from someone. Someone who watched him die. Stranger still, an odd mark has been drawn onto a stone beside his body.

The next victims are two families on the outskirts of town. As the storm rises and the body count grows, Ellie realises she has a terrifying problem on her hands: someone – or some thing – is killing indiscriminately, attacking in the darkness and using the storm for cover.


The killer is circling ever closer to the village. The storm's getting worse... and the power's just gone out.

Praise For The Hollows…

"The Hollows grabs you by the throat from the first page and doesn't let up. Church has crafted a masterful action-horror in which small town evil meets aeons-buried horror and the personal stakes are just as powerfully rendered as the cosmic ones."
– James Brogden, author of Hekla’s Children

"Ellie proves a heroine worth rooting for and the Harper clan make for ruthless and formidable antagonists. This claustrophobic outing is sure to resonate with horror readers."
– Publishers Weekly

“Daniel Church’s tale of a small community ravaged by unnatural forces – and the way its inhabitants fight back – is beautifully told, right from the first finely honed paragraph. It has a wonderfully atmospheric setting, fizzing dialogue and sharply drawn characters you won’t forget in a hurry.”
– A.J. Elwood, author of The Cottingley Cuckoo

"The Hollows combines human monstrousness and uncanny dread in a breathlessly suspenseful narrative. Startlingly violent, compellingly weird, it carries us through levels of fear to a climax of cosmic terror worthy of the classics."
– Ramsey Campbell, multiple World Fantasy Award-winner

"The Hollows is an epically ambitious novel given a quality of intimacy by its depth of characterisation and secure rooting in location and season. Proof that folk horror can be not just sinister, but a white-knuckle ride of thrills."
– F.G. Cottam, author of The House of Lost Souls

"It should please fans of folk horror such as The Lamb Will Slaughter the Lion by Margaret Killjoy or the folklore-inspired crime fiction of Sharon Bolton’s stand-alone novels."
– Booklist

"Stormbound and suspenseful, The Hollows is a barnstorming rollercoaster of action and tension, set on home turf as if John Carpenter directed an episode of Happy Valley."
– Stephen Volk, author of The Awakening

DANIEL CHURCH is a British horror writer. His writing is inspired by a lifelong passion for the genre and its roots in folklore and a fierce connection with the underdog and the marginalised in society. He grew up in Lancashire and now lives in the Wirral with his wife, who is also a writer.
Loading...
or support indie stores by buying on