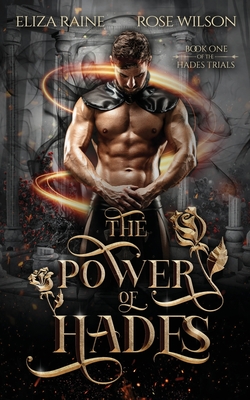 The Power of Hades

I've been kidnapped by Zeus. Plucked from the streets of Manhattan and frightened half to death by a freaking Olympian god.
And now I'm trapped in the Underworld, being forced to compete in a series of deadly trials for the position of Queen of the Underworld. Which would mean marrying Hades, the utterly terrifying Lord of the Dead. Who the hell wants a husband at all, let alone one made of smoke and riddled with death?
I have to get back home, to New York and my brother. But I can't leave without completing the trials and they've been designed for a godly Queen, not Persephone - barista and botanical garden enthusiast.
I'm surrounded by lethal, all-powerful maniacs. Sexy-as-hell maniacs, sure, but as dangerous as they come. And I'm going to have to prove to all of them that there's a goddess of hell inside me. It's the only way I'll survive the Hades Trials. But then what? And why, why, why am I so desperate to see under Hades smoky exterior and find out what he's hiding from me?
If I win the trials, I have to marry the devil himself. But losing might mean losing my life.
The Power of Hades is book 1 in the Hades Trials, which is intended for adults and is packed with magic, mythology and slow-burn soulmate romance *Contains swearing and mature themes.*