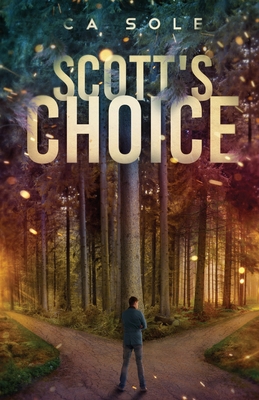 A riveting story of one man in two personas living parallel and dangerous lives.

You choose a conventional life and it's safe - or is it? But what if, in another life, you sleep with a psychopath?

Cuthbert (Cuff) Jonathan Scott is an innate adrenalin junkie, but he's been brainwashed to keep safe for prosperity. Torn by choice, he becomes two persona, each following a different route.

When Jonathan follows his instincts, he takes life's challenges head-on through travel.

Cuff opts for a stable path to wealth, but his suppressed compulsion for adventure is the same as his alter ego's, and he can't avoid putting himself in danger.

When his mortal enemy, Barry Castle, gets out of the jail where Scott's testimony put him, he's intent on revenge. Ever-present, Castle is a threat in the lives of both protagonists.

One finds love, the other loses it. But both face terrible dangers along the way.

Scott's Choice is the first in a trilogy of thrillers which follows two separate yet intertwined personas of a single man. Can you make a success of life by denying your instincts? Choices have consequences.